Recently reopened after renovations, but due to the pandemic attendance is limited for both volunteers and those purchasing tickets in advance.

FBAC is an integral part of the operation of the George Observatory located in Brazos Bend State Park, about 30 miles southwest of Houston. Known by local astronomers as "The George", the observatory is owned by the Houston Museum of Natural Science and has, not only three domed telescopes but, the Expedition Learning Center that gives participants an opportunity to be part of a simulated space mission.

The centerpiece of the George Observatory is the 36 inch Gueymard Research Telescope, noted as one of the largest in the U.S. that the public has direct access to on a regular basis. The 36 inch telescope is open for public viewing on Saturday nights and on special occasions.

The two other domes, known as the east and west domes, house an 18 inch fork-mounted reflector owned by the Fort Bend Astronomy Club in the east dome and a 14 inch Celestron Schmidt-Cassegrain in the west dome. Both of these are also open for public viewing on Saturday nights. In addition, the 18 inch reflector is used by FBAC members for observations and for asteroid and super-nova searches. The FBAC asteroid search team has discovered 480+ asteroids. For more information about FBAC research teams go to the Research Team page.

For more on club observing, go to the Club Observing page.


A night at the George 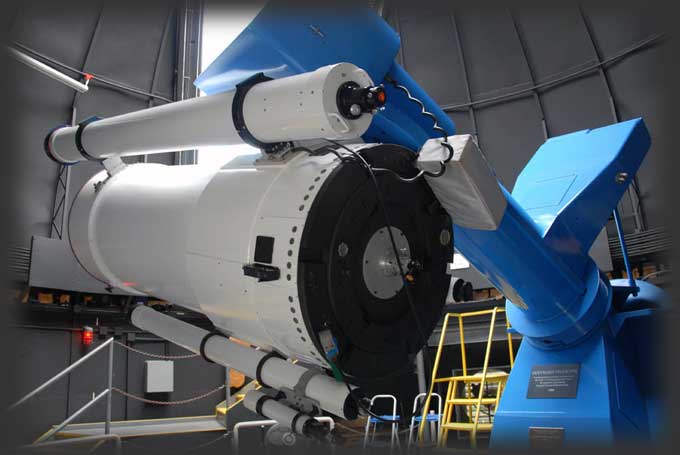 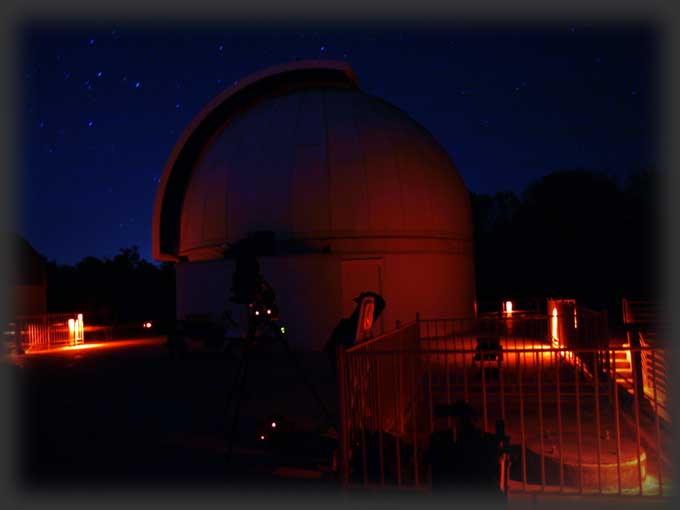